Difference between revisions of "Universe symmetries" 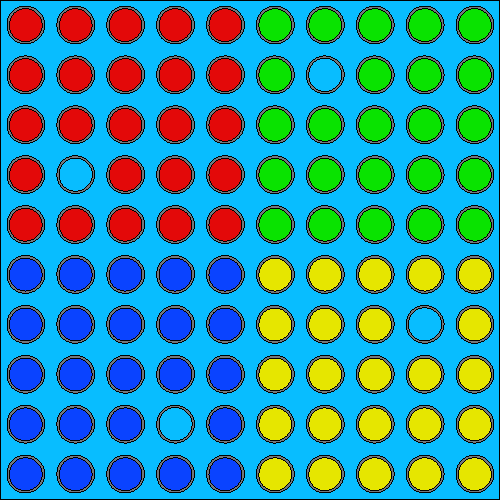 The assebly is now filled with the yellow pins that make up the lower right quarter of the assembly: 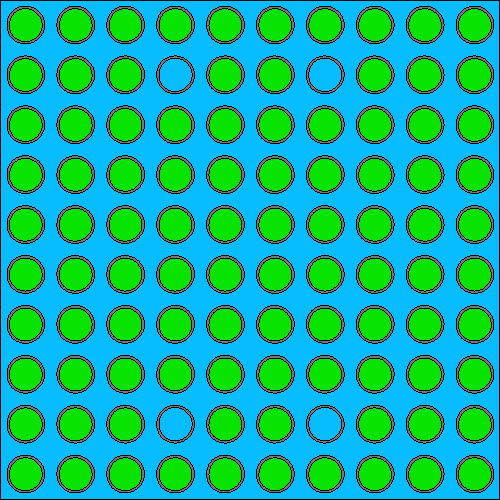 the result is that the entire lower half is reflected: 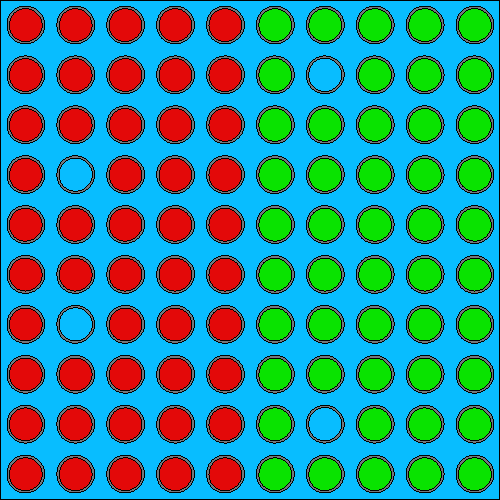 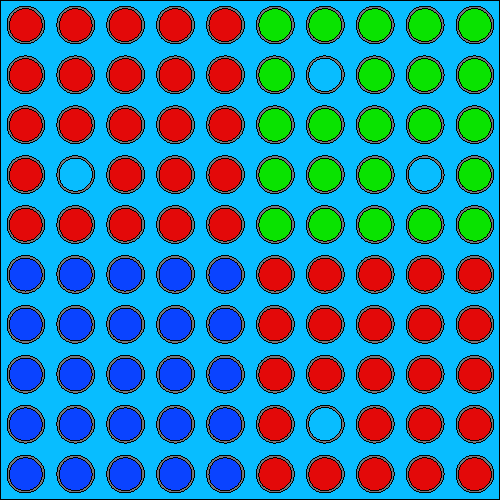 The symmetry line now extends from the upper left to the lower right corner. A 90 degree symmetry, tilted by 45 degrees looks like this: 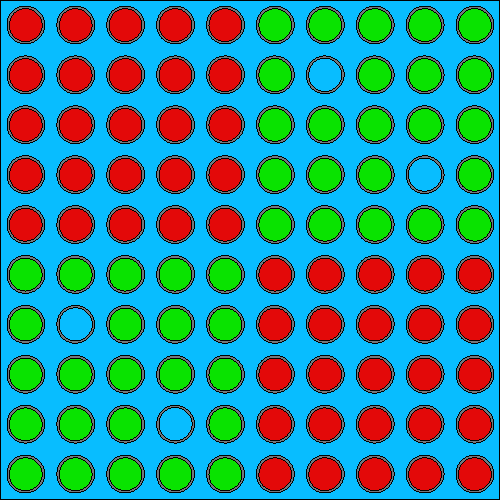 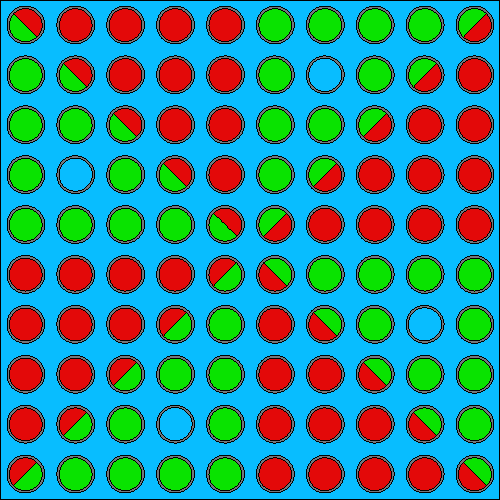 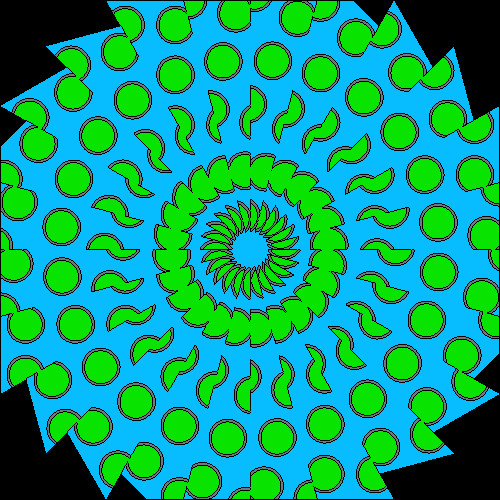 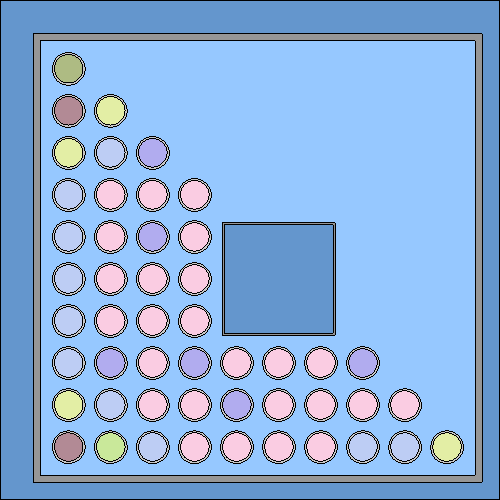 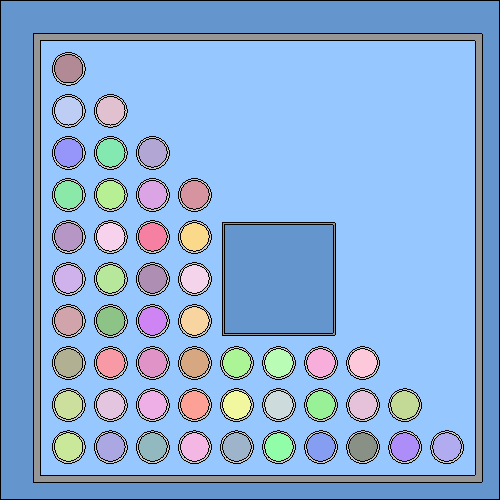 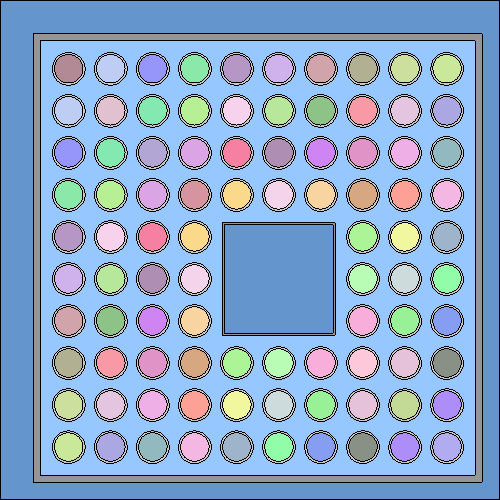