Serpent 2.2.0 changed the default behavior of writing the source file: if the particles have a saving probability larger than one, Serpent writes them to the file multiple times instead of once, avoiding the warning and subsequent PN adjustment. 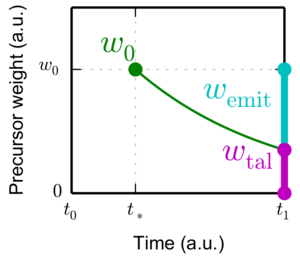