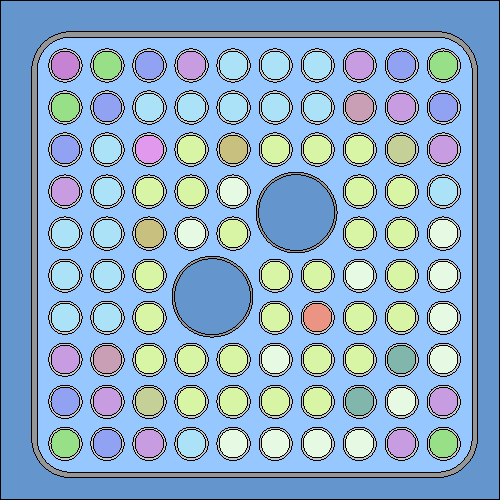 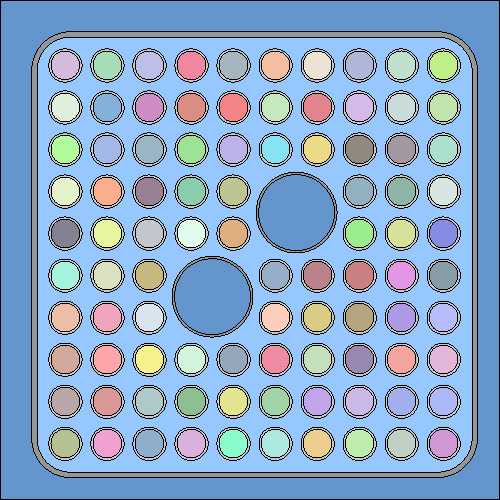 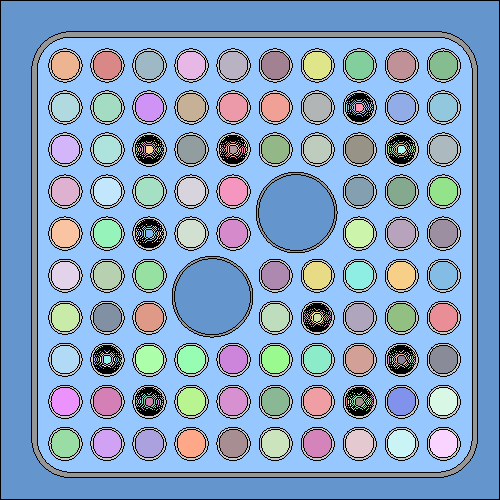 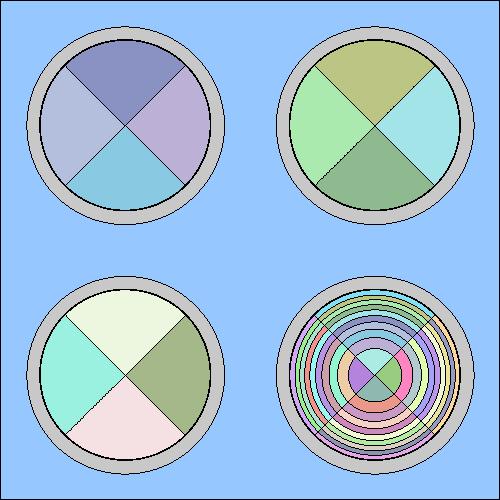 With "div sep 1", the division is based on particle universes (level 4), and each particle in each pebble is handled as a separate depletion zone, resulting in a total of 200 burnable materials. A geometry plot shows each fuel kernel in different color: 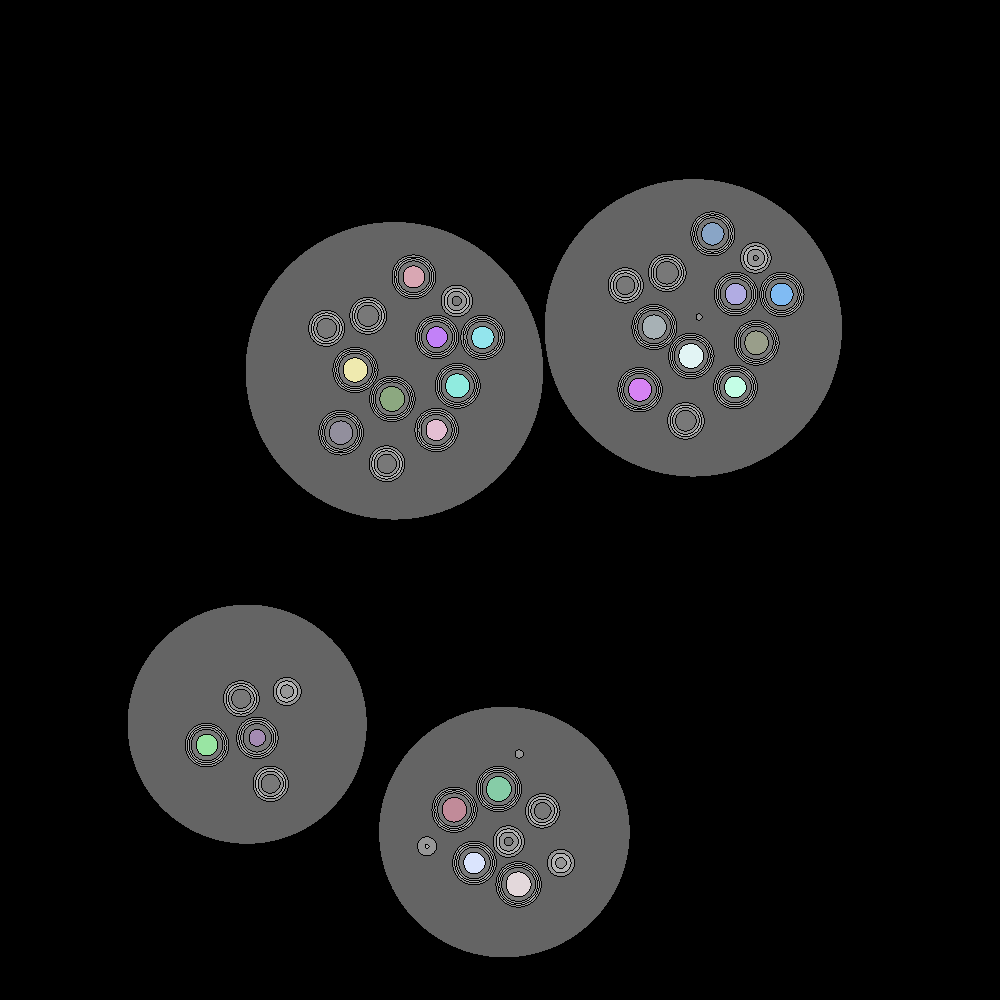 With "div sep 3", the division is based on the pebble universe (level 2), and the number of depletion zones is reduced to 4, one for each pebble: 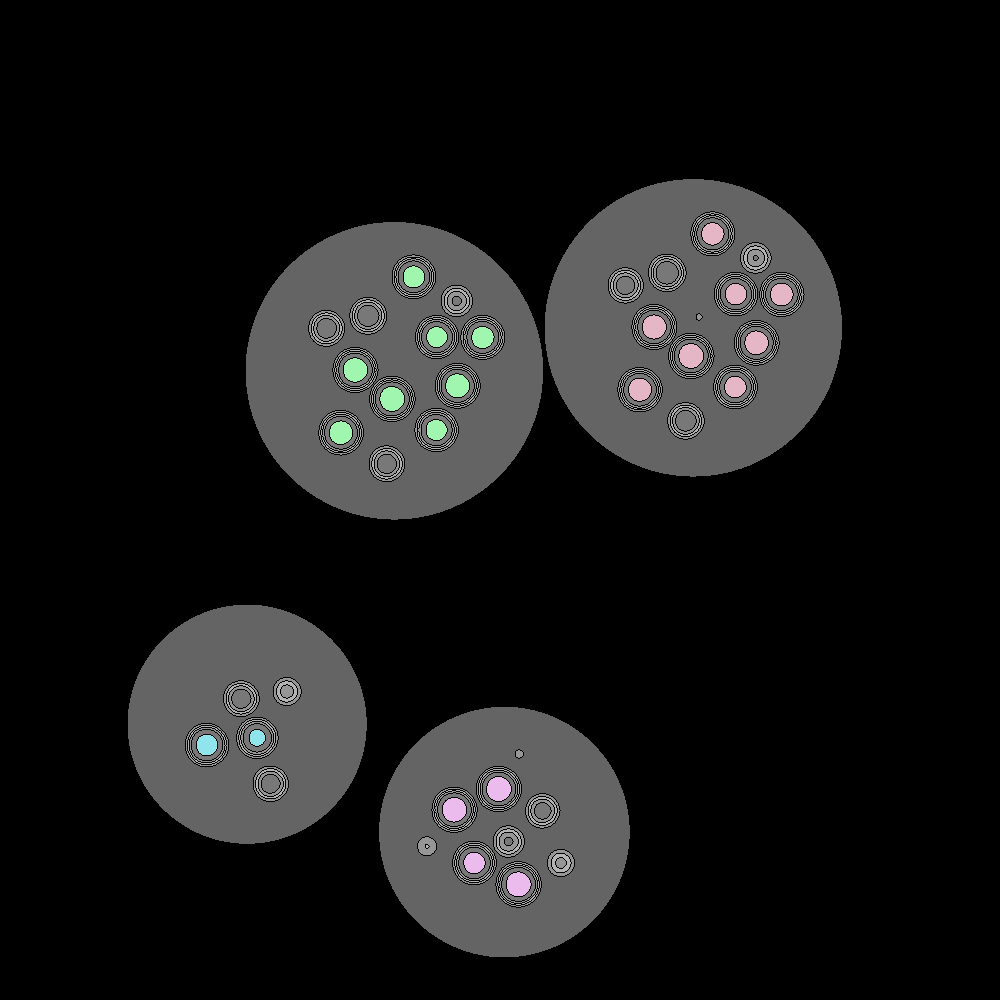 When the number of fuel kernels increases to several thousand, this makes a huge difference for the total number of depletion zones.

The way the division works is not always very intuitive. In the example above, <lvl> = 2 results in the same division as <lvl> = 1, and <lvl> = 4 in the same divison as <lvl> = 3. Usually the best way is to try different values and look at the geometry plotter for the result (note that setting rgb values in the material cards fixes the color scheme and doesn't show the division). Also note that this feature has been tested only in relatively simple geometries, so if you run into problems, let me know.