FINIX simulates the time-dependent thermal and mechanical behavior of the rod, taking into account the dependence of material properties such as thermal conductivity, thermal expansion, Young’s modulus, etc., on various parameters, including temperature and burnup. The thermal and mechanical solutions are coupled via the gas pressure and conductance of the pellet-cladding gap. The numerical models have been chosen to be computationally inexpensive, but on par with other currently employed one dimensional fuel performance codes. Current capabilities of FINIX concentrate on the simulation of transient behavior. The time-dependent temperature distribution is computed taking into account radial heat transfer in the pellet, gap, cladding, and into the coolant. Thermal expansion of the pellet and the cladding, and the elastic response of the cladding is calculated, as well as their influence on the gap conductivity. Plastic deformation and oxidation of the cladding and release of fission gases into the gap are yet to be included in FINIX. Consequently, effects of accumulating burnup during steady state irradiation cannot be simulated, but a transient for a non-fresh fuel can be modeled if the initial state is known. Currently initialization for non-zero burnup can be done, e.g., from a FRAPCON simulation. Additional initialization methods are under development. FINIX has been validated against the FRAPTRAN fuel performance code as well as experimental Halden reactor data [7, 8]. The comparison shows very good agreement, especially for the temperature distribution, which is the most relevant output for coupled neutronics simulations. 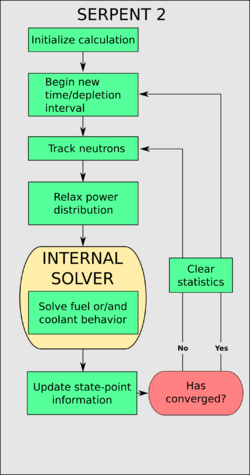